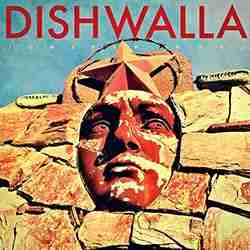 “Given all the changes in our lives and band over the years, we wanted to reflect that change by creating something much different than we ever have before. We also wanted to be creative in a different way,” says Drummer George Pendergast.

“Essentially, we wanted to get back to the root of the art and music. We wanted to find a way to capture the essence of the energy and excitement that we share with our fans every night. We wanted to return to what made us all fall in love with this band and make a Rock record!”

In October 2016, Dishwalla found the solitude needed to write and record at Eric Burdon’s (The Animals, War) retreat in Joshua Tree, CA. “It was like a trip to the moon,” says Justin Fox. “We had to bring everything we needed to build the studio to record.” Isolated from the world for 10 days, the band worked continuously. “While someone was going to sleep, someone else was waking up to re-join the process. And with 5 songwriters in the band, we were lucky to have Sylvia Massy to help direct us through the chaos,” notes Jim Wood who previously collaborated with Massy as a producer, engineer and mixer for several years at her Radiostar Studios complex in Northern California.

The first single, “Give Me A Sign” – about waiting for the world to catch up with what you can’t live without – was released in February and offered to fans who pre-ordered the album through PledgeMusic along with a 20thAnniversary Edition of “Counting Blue Cars” and a special limited EP consisting of a few classics plus two new songs from the Juniper Road recording session NOT on the album.

Dishwalla will play select dates in April before hitting the road on a summer tour. Details to be announced.

Find out more or adjust your settings.